What is included with your ticket? 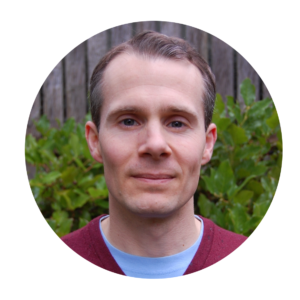 Stephan J. Guyenet is a researcher, science consultant, and science communicator. He earned a BS in biochemistry at the University of Virginia and a PhD in neuroscience at the University of Washington, where he continued as a postdoctoral fellow studying the brain mechanisms that regulate body fatness and eating behaviour. His scientific publications have been cited more than 2,000 times by his peers. His book, The Hungry Brain, was named one of the best books of the year by Publishers Weekly and called “essential” by The New York Times Book Review. He is currently a Senior Fellow at GiveWell and scientific reviewer for the Examine.com Research Digest. He grows much of his own food and brews a mean hard cider.

Plus exclusive Q&A with Martin MacDonald and Stephan Guyenet

Martin is a clinical performance nutritionist, motivational speaker & educator; he is the CEO of www.Mac-Nutrition.com, the UK’s leading consultancy for nutrition advice and the founder of Mac-Nutrition Uni, the UK’s first ever 12-month, evidence-based, online nutrition course.

Martin is registered with the Association for Nutrition, holding a BSc in Sport and Exercise Science and postgraduates in both Sports Nutrition and Clinical Nutrition. He is well known for his online social media presence and his unwavering endeavours to promote integrity and evidence-based practice and to bring them to the forefront of the industry.

Previously a university lecturer and practitioner, Martin’s work is now predominantly as a consultant to organisations such as Universal Pictures, teams such as Derby County FC and governing bodies such as British Weight Lifting. The rest of Martin’s time is either spent delivering expert guest lectures nationally and internationally, or spent working with a small number of exclusive clients between London, Dubai and Geneva.